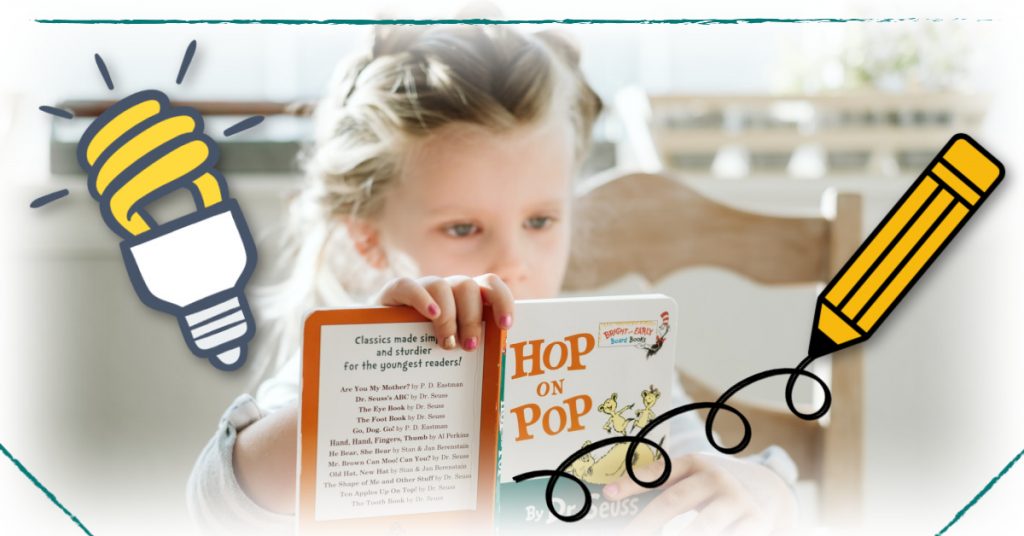 This post contains affiliate links. Thanks for supporting a small business!

Sometimes, I literally roll dice to choose blog post ideas, and this time, I just had to laugh at the results! Why?

Here was the original question: “What was the first thing you ever wrote, and what did you learn from it?”

Well. The first thing I ever wrote was a series of short stories called The Brown Bears. It was a complete and total knock-off of The Berenstain Bears by Stan and Jan Berenstain. (Here’s one of the books I remember reading!)

Guys. I was FOUR when I started writing that fan fiction.

I guess the fact that I was reading and writing at such a young age is pretty impressive. But I promise you, there was absolutely no originality involved in my first stories, though I apparently had a rudimentary notion of copyright law. (Why else would I change the name of the series?)

But did I actually learn anything from that incredibly early venture into the literary world? I mean, beyond just practice holding a pencil?

Yes, actually. I think I did.

When people ask me how long I’ve been writing, and I say, “Since I was four,” the reaction is always shock. Not only did I know how to read and write at an incredibly young age, I’m still doing it.

A hobby I started when I was four became “what I want to be when I grow up” by the time I was seven. And then I actually followed through on that, and now I’m the author of three published novels, a novella, six produced plays, and many published articles.

(Here’s one article I’m particularly proud of: Grant Marsh: Nautical Hero of the Plains. Also, you can shop all my available books here!)

This development of an early interest into a career choice is why I’m keenly interested in watching my nieces’ and nephews’ talents. The oldest girl buries herself in arts and crafts, her younger brother is fascinated by engineering, the next brother is our little sports hero, and their littlest sister can be found coloring all day long–inside the lines, even!

Their interests may or may not keep steady, and they may or may not choose a career based on what they liked when they were young. But regardless, they all show so much talent, and I can’t wait to see what they do with it.

To this day, I advocate people of all ages just following their interests. You never know where they will lead.

Know What You’re Not Good At

I was very devoted to illustrating my books when I was little. But to be honest… I’m not much better today than I was at the age of four!

At some point, I laid aside illustration. I realized I wasn’t really good at it, that my time might be better spent elsewhere, and even more importantly, that I wasn’t enjoying it as much as I enjoyed writing.

Gradually, I learned that I didn’t need to draw images to create pictures. I could do it with my words. If you had known me during my teen years, you frequently would have found me in the basement of the library at the very last row, sitting on the floor and choosing out a new book to read on the craft of writing.

While I’m glad young me decided to illustrate her manuscripts, I’m also okay that older me left that interest behind to better develop what I was really good at and what I really enjoyed.

Fan Fiction Is a Great Way to Learn

I think my biggest takeaway is the understanding that my first stories–from early childhood to my mid-teens–were fan fiction. And that I’m okay with that.

Fan fiction often gets a bad rap. It’s not exactly original work. You’re maybe changing some names and details–or not–and just playing around with someone else’s story. Can you publish this kind of work? Should you? Where exactly does fan fiction belong in our literary landscape?

I’m not sure I have all the answers to those questions. But I can say this definitively: A great way to learn any art is by copying the masters.

I can look back on all the authors I emulated as a child, and I can often times tell you exactly what I learned from each one. What I write today is an amalgamation of skills learned from every writer whose shadow I walked in. And I’m proud of the things I’ve learned from them.

If nothing else, I support fan fiction for the opportunity it creates to learn.

Those are, I think, my three great takeaways from the first thing I ever wrote. Now here are my question for you, which you can answer in the comments below!

My early writing was kind of sketchy. But look where it’s lead! You can get any of my books autographed: