Warning! The following excerpt from Mailboat IV contains spoilers. Catch up on the rest of the series now!

Rain trickled along the black visor of my service hat in two glistening streams that pooled in the center, grew, thought about falling, then fell. One by one, the droplets struck my hands, clasped in front of me, and soaked into my white gloves. I ran my fingers along the brim, stopping the never-ending flow for a moment, and focused my attention on the young woman under the black canopy singing “Amazing Grace” in crystal tones while strumming a worn guitar.

The casket—closed—was white with gilded scroll work. It dazzled even in the rain, as if the angels had ripped down the pearly gates and torn up the streets of gold to build it. As if nothing less would do for their beloved, fallen saint. Bill Gallagher. Our chaplain. The man who had saved hundreds of lives by throwing himself over a boy and his bomb. I’d never be able to erase the image of carnage. I still couldn’t believe what Bill had done. In the microcosm of time between him spotting the bomber and him flinging himself over the boy, he’d made up his mind. Thrown aside life and everything it had to offer. Sacrificed himself for his town and the people he loved.

I hoped the angels had lined his casket with their own feathers to cradle his broken body. I hoped they greeted him with harps and a crown of glory.

I flicked my head to shake off another droplet and turned my eyes to Bill’s family, standing under the black canopy. His wife Peggy. His three children by birth. His four children by adoption. The seven of them grown with partners and kids of their own, an army of grandchildren.

Two kids stood center front, Peggy’s hands on their shoulders. A boy and a girl, maybe six or seven. They were Bill and Peggy’s last two foster children. With the tragedy that had struck her life, Peggy could have easily picked up the phone and asked social services to re-home them. No sooner asked than done, the kids would have been out of her house within twenty-four hours. To re-home them so quickly, the kids  probably would have been split up. Given the unpredictable path of foster care, they might never have seen each other again.

But clearly Peggy hadn’t called. There they stood with the family as if they were blood-born and not someone else’s forgotten children. Bill wouldn’t have had it any other way. Once a child entered under his roof, that child was forever a Gallagher, in spirit if not in name.

The young woman with the guitar strummed the final chord. Her voice trailed to silence. Rain thrummed on the canopy and the coffin. Chief Wade Erickson stepped up to a microphone and raised it several inches to match his height. His navy blue uniform sported five gold stars, signifying him as the highest ranking official in the Lake Geneva Police Department. His eyes traversed the crowd—friends and family in black, police officers in navy blue.

“We are gathered here to lay to rest our brother, Bill Gallagher, a beloved pastor, chaplain, friend—” his eyes traveled to the family “—father, grandfather, and husband.”

Peggy smiled with soulful gratitude and hugged the children closer.

Wade turned again to the crowd, his jaw working emptily for a moment. “But beyond that, Bill was… the bravest man I have ever had the honor of knowing.” His eyes went hollow, haunted. As if the shock of Bill’s sacrifice hit him as hard as it did all of us. Wade soldiered past the look of emptiness, found his words again. “He was a man so full of love for his fellow creatures, whoever they may be, that he willingly laid down his life for them, with no regard for his own.”

The chief’s open vulnerability triggered my own. A lump rose in my throat, choking off my windpipe. My memory flashed back to one of my last conversations with Bill. Relentless love. That’s what we’d talked about, this insane concept he’d introduced me to. A love so resolute, nothing could force it to back down. Not fear, not rejection, not even a boy with a bomb.

“Am I capable of relentless love?” I’d asked that night.

And the very next day, I’d gone and decided I wasn’t. Like a coward, I’d started filling out apps for other departments. Other jobs I could work when my temp patrolman’s job in Lake Geneva ended. Places far away from Bailey Johnson, the foster girl I cared about beyond explanation. From Monica Steele, my ex, whom I still loved with all my heart.

But not with relentless love.

That had been before the bomb. Before the fear of losing Bailey and Monica had become horrifyingly real. Bill’s selfless act of love for complete strangers shamed me from beyond the grave. Was I too weak and afraid to love Bailey and Monica as relentlessly as he had loved this town?

Bill had also challenged me to quit dwelling on myself, on my lead-weighted feelings of worthlessness and shame. In a nutshell, he told me to focus on getting shit done. Being there for Bailey despite my fears and probable incompetence. Figuring out what it really was Monica needed, then either providing it for her or getting the hell out of her way so she could get it done herself.

I fixed my eyes on the casket and drew a shaky breath. Bill had had a way of shedding a spotlight on things that made them so simple, the path laser clear. Was there any hope I could hang onto that light, even without him around to make sure the battery was fully charged?

I heard his voice in my head. Yes, you can, Ryan. If you want to.

I tipped my chin toward my clasped hands—but not before glancing down the military-straight row of my brothers and sisters in blue. Monica Steele stood at the far end next to her partner, Detective Sergeant Stan Lehman. She looked amazing in her tailored, navy blue dress uniform, her gold insignia and badge shining, her glossy mahogany hair twisted in a tight bun at the base of her neck, below her service cap. She was a solid wall of poise and determination—but also feminine elegance—a lethal combination of elements a man would be crazy to mess with.

That’s what I’d always loved about her. Her strength. Her will. This woman could take care of herself. And yet, once upon a time, she had permitted me into her life. To love her. To stand beside her. To see her vulnerable side. To be her husband. Her lover. She set me on fire like no one else ever had or ever would.

“…in Jesus’ name,” Wade concluded, “Amen.” And I realized I’d forgotten to pray to anyone but the goddess at the end of the row.

Feet stirred, but for a moment, no one spoke, no one moved. Finally, Peggy Gallagher stepped toward the casket. Laid a single red rose on the lid. Laid her arm across her entombed husband. Whispered. Wept. Then walked away.

Her children and grandchildren were next, laying their roses on top of Peggy’s until they’d built a pyramid of red and green. Brothers and sisters hugged each other. Cried.

Last of all, Bill’s final two fosters children stepped forward. With down-turned faces, they hesitated. But Peggy smiled and encouraged them forward. Standing on tiptoe, the boy nestled something orange, red, and fuzzy amidst the flowers. When he stepped away, I saw what it was. The knitted lion hat Bill had worn while playing with the children. Perhaps the one item these kids most associated with him. With his love. His relentless love.

Don’t let me down, Ryan, his voice whispered through my head again. You can do this.

As the crowd began to break up, re-arrange itself, converse in hushed tones, I looked toward Monica. Lehman had left. She was talking with Steph Buchanan, one of the telecommunicators. Without me really telling them to, my feet carried me toward Monica—as if they’d known all along what to do and had just been waiting for my head and my fears to get out of the way. 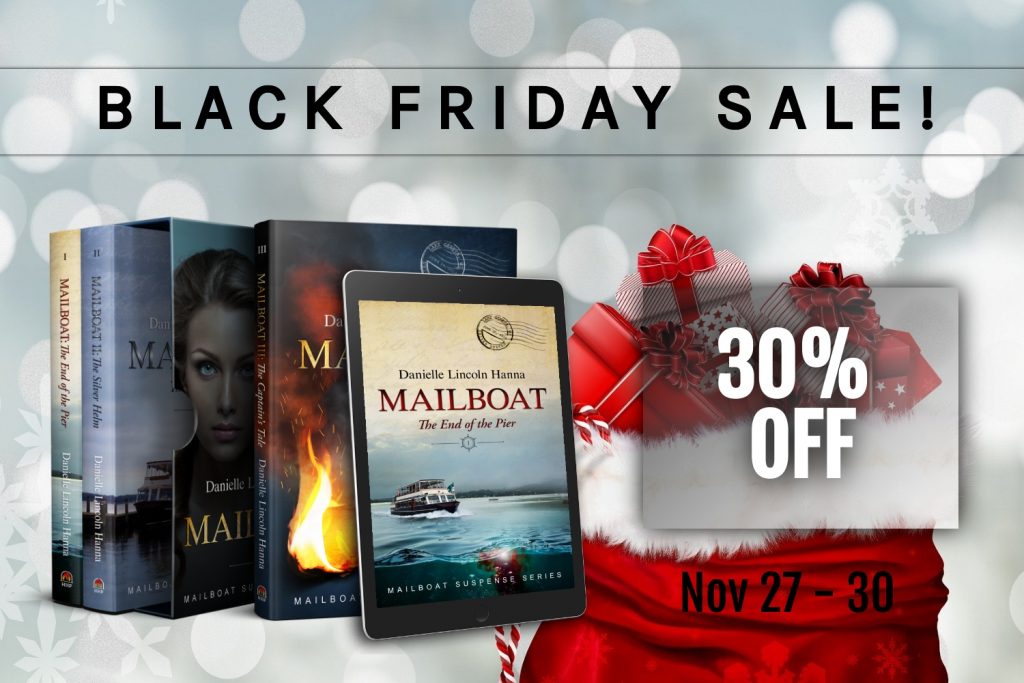 Just so you know, there’s only TWO DAYS left to my biggest sale of the year! Have you finished shopping for the bookworms on your list? If not, here’s a sample of what you can buy–and the incredible deals you can get. But better get your order in now–the sale is almost over! 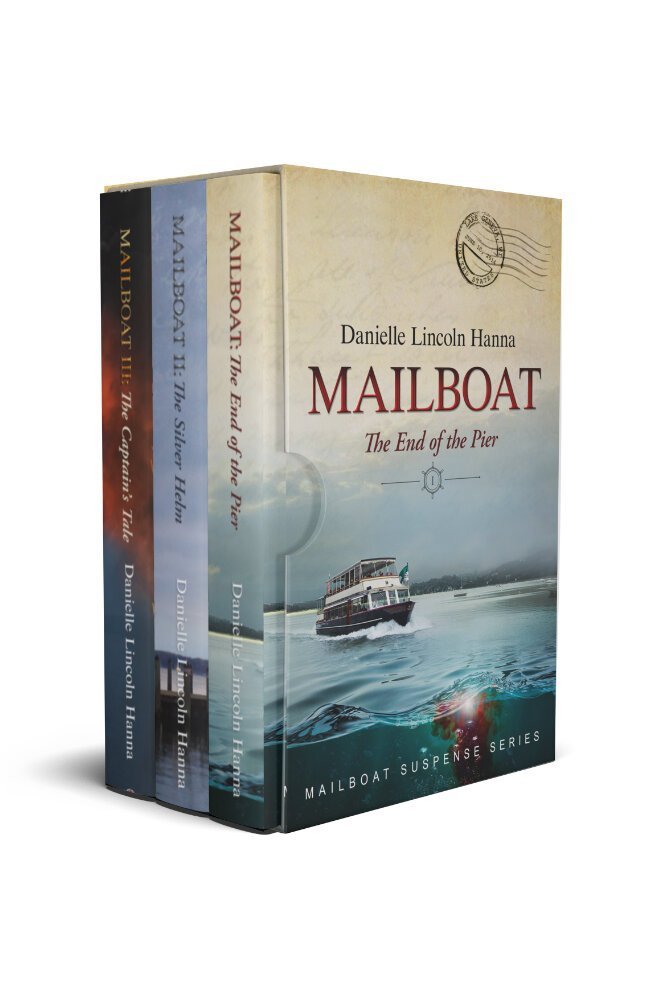 The boxed set includes books 1-3. And while I don’t yet have an actual box to put the paperback editions in, I promise to tie them up with ribbon personally!

The Girl on the Boat: The Prequel Novella to the Mailboat Suspense Series 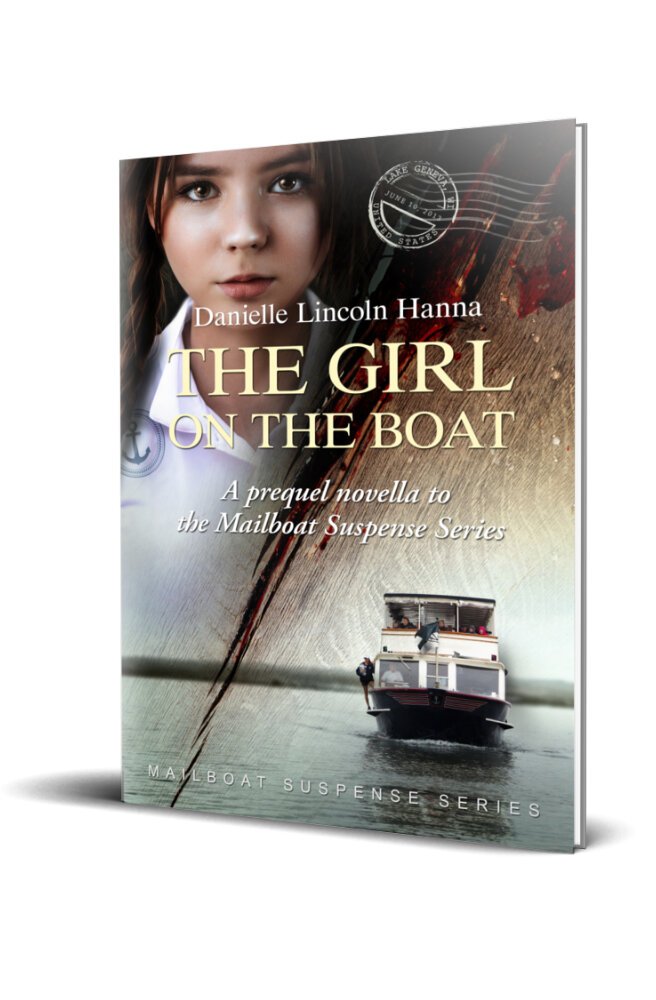 Don’t forget to grab a copy of my latest release–especially if you want that reader on your shopping list to have ALL of my available books at once! 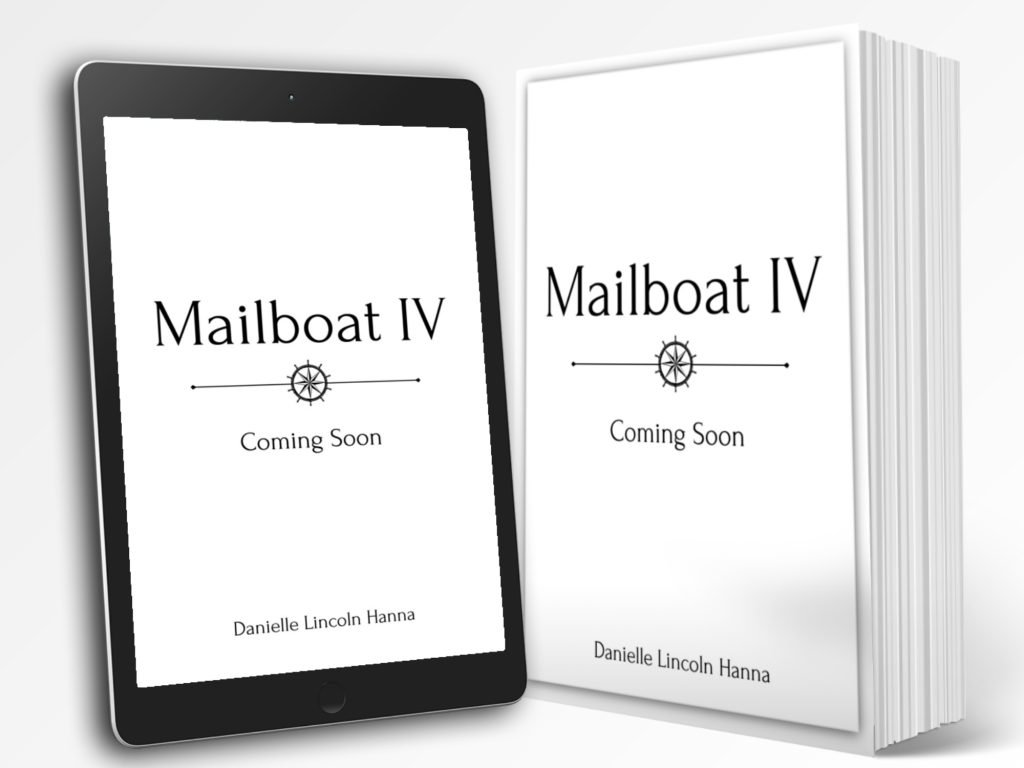 Guys, I’ll let you in on a HUGE secret. Right now during the holiday sale, you can pre-order Book 4 at the lowest price you’ll get ever and make all your friends jealous! (Or better yet, you could order for all your friends, too!)

Remember, this sale ends tomorrow, so get your shopping done now! Need any help with your order? No problem. Just contact me and I’ll do everything I can to help. I answer emails and package and ship the orders personally!

Thank you for supporting small business! Shop 30% off today!