Skip to content
I sit at the dining room table, one arm draped casually over the back of my chair, my phone in my other hand. I read from the screen.

“What is your favorite memory of dating me?”

My boyfriend Charles stands behind the kitchen counter, rinsing dishes and putting them in the dishwasher. (Yes, he is that magical.) He tilts his head and ponders, a smile playing on his lips as he reviews the past almost-four years of our relationship, searching for the perfect answer.

A few moments earlier, I had asked, out of the blue, if he wanted to ask and answer date night questions together. I can’t remember now what put the idea in my head. (This was several months ago.) But we had both been crazy busy at work lately (me trying to kick out Mailboat IV), and we hadn’t had time for any road trips or dinners out or even our weekend hikes or… anything.

Here was something we could do together that would take just a few minutes and very little energy. (We were woefully short on both.)

Unfortunately, I have the memory of a goldfish, and can’ t remember what Charles answered to the question of his favorite memory dating me. (Like a dog, I live in the moment—yes, usually wagging my tail.) I seem to recall his answer was something sweet and surprising.

My favorite memory of dating Charles might be the first time he kissed me, on the side of a mountain overlooking the Bitterroot Valley, the pines frosted in the first snow of the year. (Yes, once again, we really are that magical.)

We’ve laughed. We’ve cried. We’ve gotten to know each other better. Charles and I have always been good at communication, but actively asking and answering questions keeps that communication open. We know we’ll always answer each other honestly and unhurtfully. We each want the other to be the best version of him- or herself.

But of course, being authors, far be it from us to do things the normal way. We had to make it even better.

The other night, we were waiting in line at the drive-through at Wendy’s. Due to the staffing shortages here and everywhere, the line was really long and really slow. “Do you want to go somewhere else?” Charles asked.

“No!” I said, “Let’s ask date night questions.” I pulled out my phone.

Charles smiled. “Okay. But do you want to try something different?”

“Let’s answer for our characters this time.”

My eyes lit up. That sounded awesome.

We each chose a current project and posed the questions to our characters—often with hilarious results. Charles is writing something in a sci-fi universe with several alien races, many of whom don’t experience romantic relationships the way humans do. I chose to apply the questions to my secret side project, which features SIX main characters. It took freaking forever to get past just one question.

But we discovered that exploring our fictional worlds together is another thing we really enjoy. For us, it’s another way of exploring each other’s minds. We’ve helped each other flesh out the characters and the storylines and more often than not, we’ve laughed uproariously while doing it. We’re never happier than when we’re lost in the world of fun and imagination.

If you’ve never tried date night questions with your partner, I highly recommend it. I don’t think it matters how long or short you’ve been together. You’ll either learn something new, or remember the importance of something old. If you and your partner are a little rusty talking to each other, practice a little patience and be intentional about the art of vulnerability. The point is never to hurt one another, but to become completely comfortable around each other.

Here’s a set of 100 date night questions Charles and I have been enjoying: A List of 100 Questions to Ask Your Partner on Date Nights

And if those aren’t enough, here is a card deck featuring 598 date night questions: Conversation Cards for Couples

I hope you have as much fun as Charles and me! 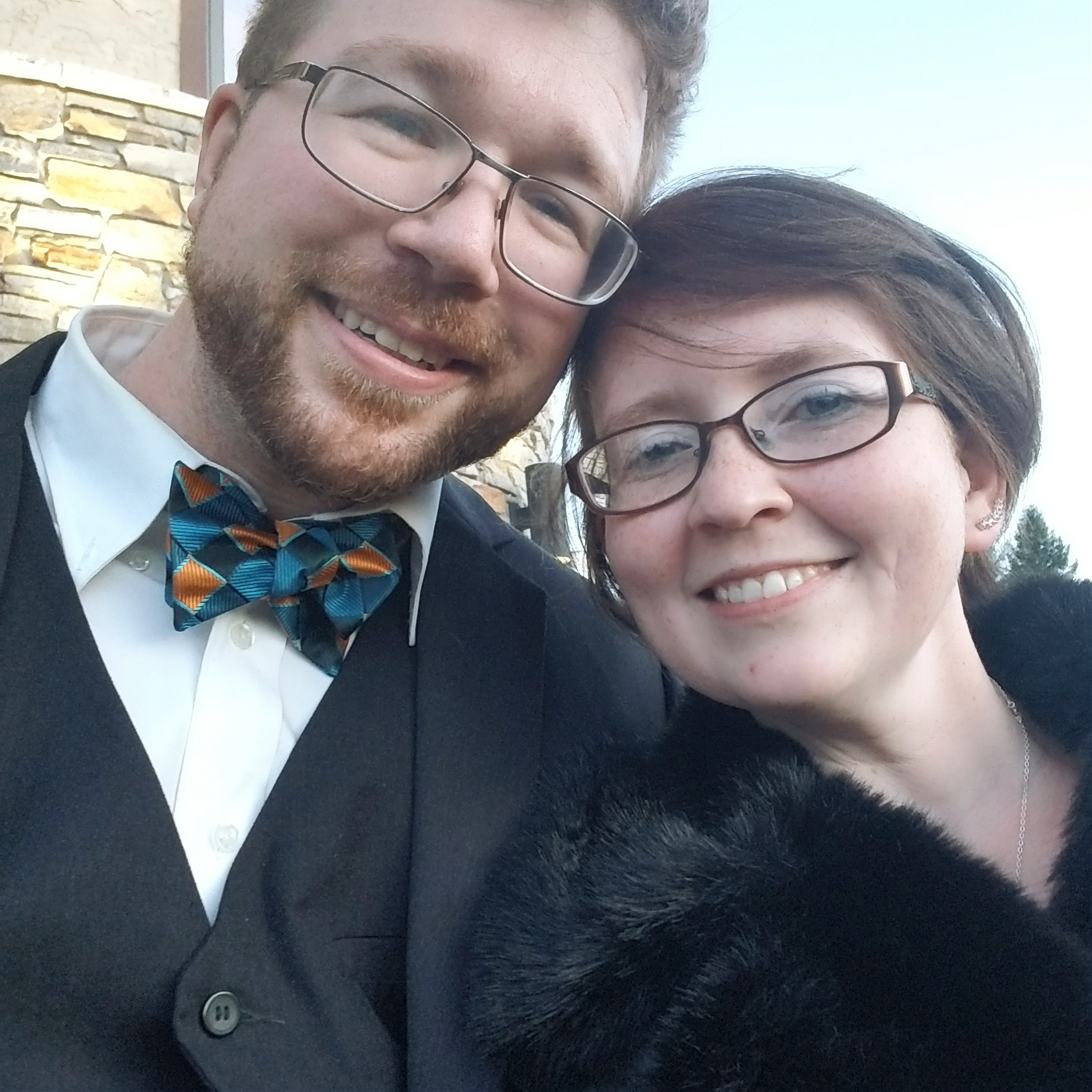 As I write this, Mailboat IV is in our wake and Mailboat V is on the horizon. (It should be out summer of 2022!)

And here is where I make a wee confession. I didn’t work on Mailboat V at all during this last month of September. In fact, I worked on something as vastly unlike the Mailboat Suspense Series as possible. (It’s a secret for now. I’ll probably tell you about it later.)

But why would I do such a thing? Why would I work on a different project when I know all of you are clamoring for the next book in the Mailboat Suspense Series? When it’s my bread and butter? When it’s still so important to me to finish telling this story?

There were so many reasons to break away: To get my brain out of the well-worn rut that I’ve been working, writing, and walking in for the past ten-ish years. To remember things I’ve forgotten. But most importantly, to come back even better and stronger for Mailboat V.

And it worked. I re-discovered something I’d completely forgotten. Something that is going to help tremendously as I begin writing the second half of the Mailboat Suspense Series.

Music has always been important to me. My favorite stuff is anything of Celtic origin, particularly if it was written before the 20th century (or at least sounds like it was). Folk and acoustic music in general is also amazing. And a cappella.

As a girl, I actively collected recordings of Scottish and Irish music. I listened to it constantly–while doing my chores, while stitching something with needle and thread, or while doing nothing at all.

And while I listened, story ideas would come to me. My body became my characters’ bodies. What they saw became what I saw. My lips would move as I spoke the words they said. I left my own world and entered theirs and I learned their personalities and their stories scene by scene–all facilitated by music.

Somewhere down the line, I quit collecting music so actively. And shortly afterwards–though I didn’t notice it happening–the story ideas quit arriving as organically as they used to. I had to fight for them. Beg for them. The work was harder and significantly less fun. I had no idea what had gone wrong.

And then I devoted this last September to writing something that was decidedly NOT Mailboat. (Like, not even the same genre.) I had no idea what I might discover. All I knew was that I wanted to actively destroy the parts of my rut that had become too repetitive and thus encumbering.

Entirely by accident, I re-discovered music. One day, YouTube offered me a musical duo I might like. (The Hound + The Fox.) I listened. It reminded me of what I was writing in my side project. I created a new playlist. I found similar artists, similar songs. The playlist grew.

The best music sparked moments when I was no longer ME. I was Kieran. I was Holly. I was Jack. I was Klaus. (Characters from the side project. You have been officially teased.) Adventures unfurled before my eyes. I saw moments out of the story I’d never known about before, but now they were suddenly and firmly canon. I rushed to write it all down.

One day, YouTube suggested a song by one of the groups I’d followed (Voiceplay). I loved the song, but it didn’t really fit the tone of my side project. Actually, it was bizarrely perfect for…

(The specific song was True Colors.)

As I listened, the same magic happened. I was suddenly Ryan. I was Bailey. I was Tommy. A scene began to play out before my eyes. Something I’d never seen before–and never expected. (It was a little stunning, actually.) But I could see how it fit into the story. How it pushed the conflict toward the climax. It might even become canon.

(If you listen to the song, I want you to picture Ryan speaking the words to Bailey, and you’ll start to get a hint of what I saw.)

And that’s when I remembered that music is the bridge that transports me to my fictional worlds. This phenomenon wasn’t some strange, one-off thing that was happening for the side-project. This was just how I explore my own stories.

It’s October now. My month of working on the side project is over. (But is it? I can still write the side project on the weekends! LOL. Only an author would take a break from working by… working, but on something else.)

I’m glad I took the time off. I’m so grateful for what I learned along the way. Mailboat V gets to move to the front burner again. And that’s going to start with building a new playlist–one that will carry me away to Lake Geneva; one that will help the characters live and breathe before my eyes; one that will help to reveal the details of what happens next.

So, all aboard! This ship is setting sail again! Mailboat V is expected to come ashore in Summer 2022.

With a new book release (Mailboat IV) comes a flurry of promotional activities–including appearances on blogs, podcasts, the radio, and Zoom events! It dawned on me that I have a stack of interviews full of juicy behind-the-scenes info, and I thought you’d enjoy a little cruise.

Thanks for supporting both me and these amazing sites! If you love it, feel free to share it.

What’s my favorite thing about Lake Geneva? Listen to the podcast to learn the answer to that question, as well as other cool things about this unique lake and the Mailboat Suspense Series!

Listen to the Podcast 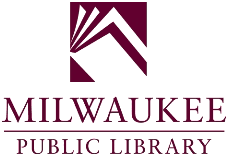 Learn a few facts you didn’t know about me and the Mailboat Suspense Series, and hear my recommendations for more mystery and suspense novels with heart! 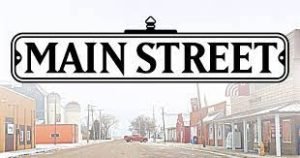 My books contain a lot of facts, mixed with a lot of fiction. Which is which? Listen here to learn what I know about abusive relationships and the foster care system. (PS, I’m from North Dakota, and this is one of my favorite programs!)

Listen to the Interview

Read Lake House Lyn’s review of Mailboat IV, then browse the rest of her site for ideas on how to be a warm host and cozy up your home–Lake Geneva style!

What’s all the buzz about? Here’s today’s bestsellers so you can catch the wave!