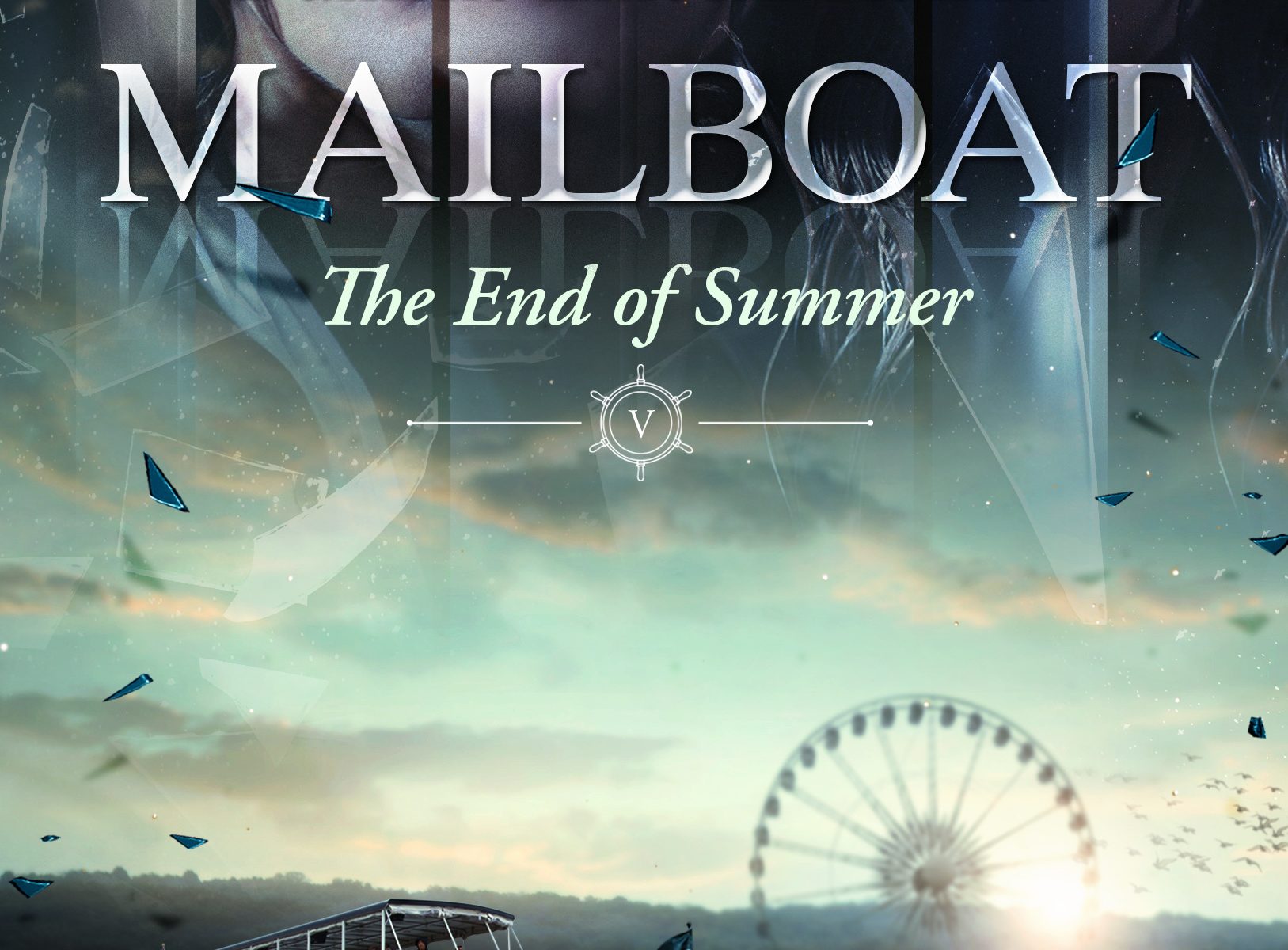 Paperbacks are currently unavailable as Danielle takes some much-needed R&R. You can still get paperbacks at Amazon, Barnes & Noble, or your favorite library or bookstore! Thanks for your understanding.

Still want to support Danielle? She’s still writing! You can buy her a coffee, and even leave her a note when you do. It’ll really perk up her day!

A teen without hope. A killer luring his next victim. An inevitable clash…

The story continues from Mailboat I through IV

For teen mail jumper Bailey, the carefree days aboard the Mailboat aren’t so carefree anymore. Traumatized by a lifetime of loss in foster care—not to mention this summer’s maelstrom of murders—she’s convinced it’s better to abandon her newly found grandfather, Mailboat Captain Tommy, before he has the chance to abandon her. Meanwhile, Tommy, harboring his own scars, fears the distance Bailey keeps means she’ll leave him forever, like his son left them both.

Police Detective Monica Steele is bone-tired investigating the violence that swept her town this summer, with ties to a long-ago ring. Still, it’s hard to resist the quiet invitations of her ex, Officer Ryan Brandt—even if he did cheat on her ten years ago. There’s just one problem: He’ll hate her when he learns she aborted their child.

Angelica Read is getting nowhere investigating the murder of her husband, a former member of the ring. But she’ll never agree to ally herself with Detective Steele; not when the cold-hearted detective is convinced Angelica had to have known her husband’s past.

With trust running thin, will unlikely allies band together in time to stop the shadowy mastermind behind this summer of blood? Or will fractured relationships give him free rein to work his lights and mirrors, bringing their world crashing down?

The End of Summer is the fifth book in the stunning Mailboat Suspense Series. If you love an ensemble cast of life-like characters, and plot twists that shatter your expectations, then you’ll love Danielle Lincoln Hanna’s breathless new novel!

Buy The End of Summer to submerge into the suspense today!

Mailboat I: The End of the Pier
Mailboat II: The Silver Helm
Mailboat III: The Captain’s Tale
Mailboat IV: The Shift in the Wind

Be the first to review “Mailboat V” Cancel reply